Pre-shrunk 100% ringspun cotton tee with print on front and back.

Inspired by the events that transpired in 1953 when at least 11 Indian Cobras were on the loose in Springfield, MO.

It was Del Caywood, the city manager, who had the idea to play snake charming music over a loudspeaker truck throughout Springfield. Paddy wagons, outfitted with large cone speakers, weren’t uncommon for the era. They were used by politicians, spreading the word on the campaign trail. 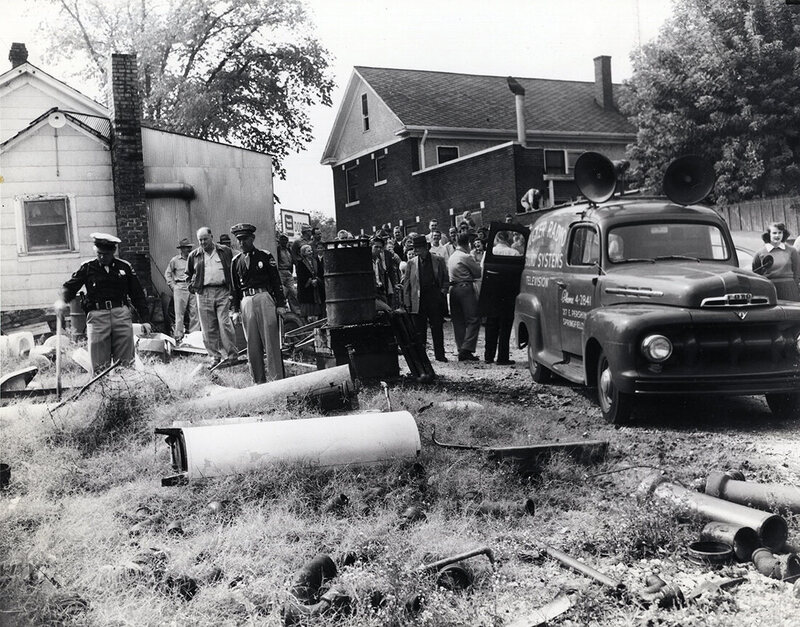 But Del’s mission had a bit more urgency. Eleven Indian Cobras were on the loose and the city was driven to madness in the summer of 1953. 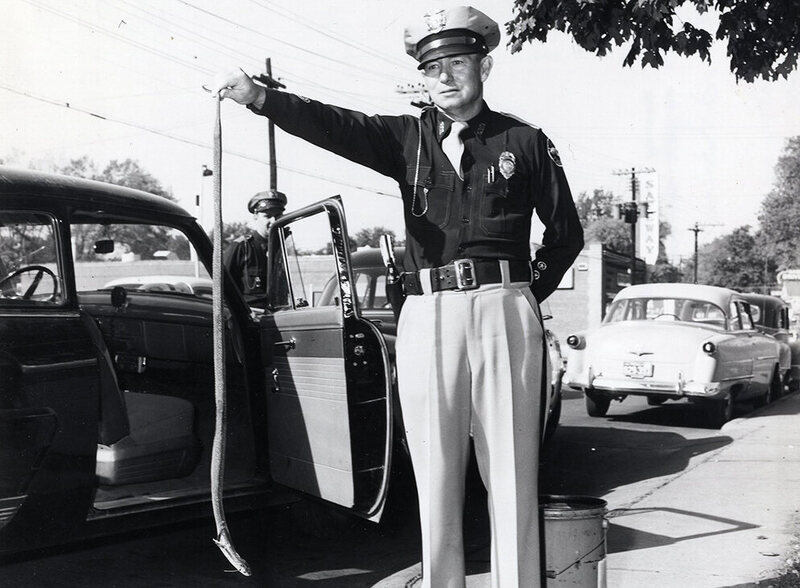 While the actual choice of music is a mystery to us today, we can speculate on the sounds Springfieldians heard as Del drove through Rountree, West Central, and Phelps Grove, summoning snakes from wherever they hid.